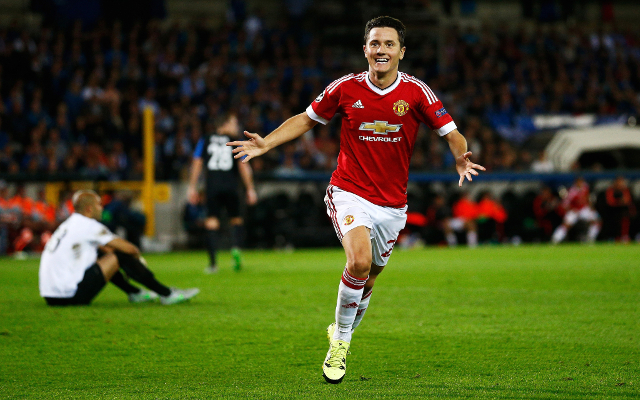 Barcelona are believed to have cooled their interest in signing Manchester United’s Spanish midfielder Ander Herrera.

Herrera is out of contract at the end of the season, and the Spanish giants have been exploring the possibility of his returning to La Liga, according to Spain.

With Xavi long gone, and Andres Inieta coming to the end of his distinguished career, Barcelona are looking to reinforce their midfield and Herrera was top of of new manager Ernesto Valverde’s hitlist for the summer.

However, Barcelona accept that Jose Mourinho is unlikely to allow Herrera to leave the club. After making 50 appearances last season under Mourinho, Manchester United recovered from a stuttering start to secure both the Europa League and League Cup.

The United board are believed to be preparing a new contract for the midfielder, who initially struggled to convince previous United manager Louis Van Gaal of his place at Old Trafford following his €36m move from Athletic Bilbao in 2014.

Yet with Bastian Schweinsteiger and Morgan Schneiderlin allowed to leave Old Trafford last season, Herrera has emerged to become a key player in Mourinho’s midfield. He is also a hugely popular figure in the stands and is, indeed, rumoured to be a favourite for the captaincy in the future.