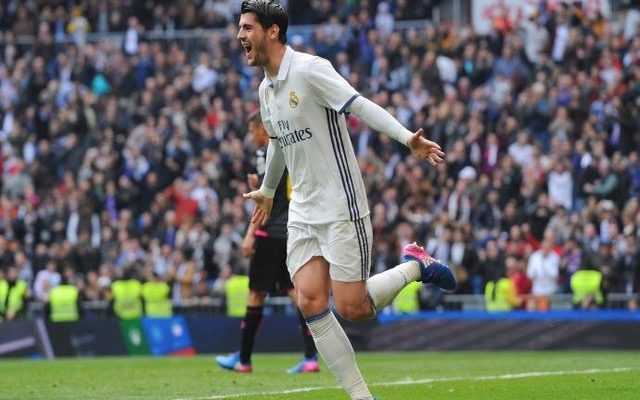 Chelsea face another transfer battle after Italian giants AC Milan have emerged as a rival for Alvaro Morata’s £64m move from Real Madrid.

Conte was believed to be furious with the Chelsea board after seeing Lukaku surprisingly plump for Old Trafford and is now determined to sign Morata from Madrid.

Yet AC Milan have been one of the biggest spenders in European football this summer and, according to Don Balon, their spending is not over just yet.

Conte will hope he has the upper hand having signed Morata for Juventus, but will be wary of Milan’s current spending power.

Morata was recalled by Real Madrid last seaon, after a successful stint with Juventus, but the Spanish international forward frequently found himself on the bench on his return to La Liga. And with the World Cup looming next summer, Morata is looking more regular first team football.

Recently married, Morata is believed to favour a move to Chelsea rather than return to Italy with Juve’s fierce rivals AC Milan.

But, as witnessed by United’s capture of Lukaku last week, Conte knows the Chelsea board have to act decisively, unless another target is tempted away.