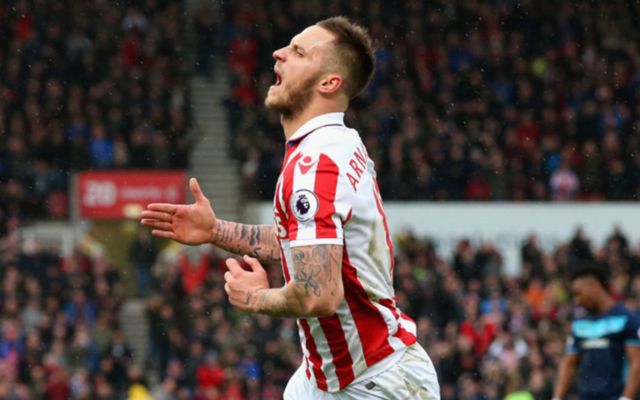 West Ham have had a bid rejected by fellow Premier League club Stoke City for Austrian winger Marko Arnautovic following the midfielder handing in a transfer request at the Potters, according to BBC Sport.

Arnautovic, who joined Mark Hughes’ side from Bundesliga side Werder Bremen in 2013 for £2M as reported by the BBC, recently signed a new four-year deal with the club in 2016, however the winger is reportedly unhappy at the club and has handed in a transfer request as a result of this.

The bid, which was also reported by Sky Sports, was reported to be in the region of £15M for the winger who scored six and assisted five in 32 league appearances last season.

Should the Hammers end up securing a deal for Stoke winger Arnautovic, it’ll be worthwhile seeing how Slaven Bilic decides to use the Austrian international in his side next season as West Ham look to improve on their less-than-great 11th place finish in the league last term.