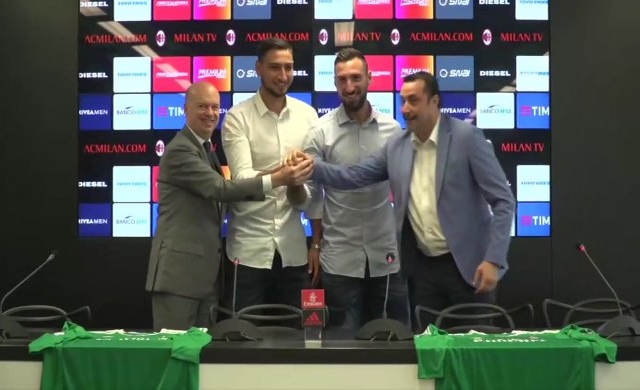 AC Milan goalkeeper Gianluigi Donnarumma has apologised to the club’s supporters having now finally put pen-to-paper on a contract renewal.

The 18-year-old stunned fans last month when he rejected the club’s offer, but the Rossoneri left the door open for him to change his mind and eventually he has done so, as confirmed by the club on their official site on Tuesday.

Donnarumma has now signed a deal which ties him to the club until 2021, and despite facing a fierce backlash after his initial decision, it’s widely expected that the majority of supporters will now put the matter behind them and hope that he can play a fundamental role in getting them into the Champions League next season.

His brother, Antonio, was also present at the specially arranged press conference to announce the deal on Wednesday as he joins Milan to become their eighth summer signing, but it was what the younger Donnarumma sibling had to say which was of real importance to many having been so quiet throughout this entire saga.

“I’m delighted and proud to be at Milan,” he told the media at the press conference. “I was born and raised at this club and I never had any doubts about staying in my head.

“I’m sorry to the fans, but I repeat that I never had the intention of betraying them. I must thank them for all the support they’ve shown me in these two years.”

There was also time for some light-hearted fun too with the situation now resolved, with sporting director Massimiliano Mirabelli drawing some laughs from the assembled media when ending the press conference and welcoming Donnarumma back to the club with a pretty firm pat on the back, as seen in the video below.