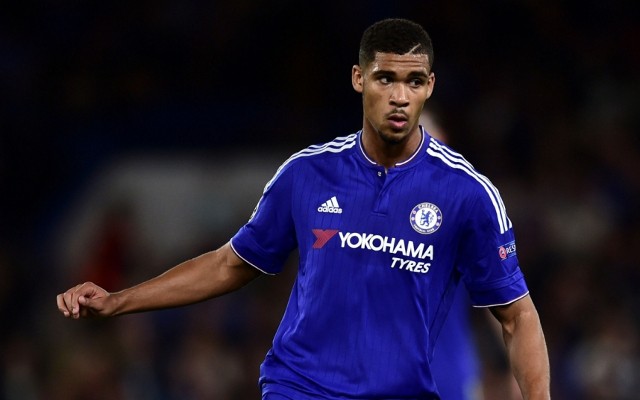 Chelsea midfielder Ruben Loftus-Cheek has joined Crystal Palace on a season-long loan, while Nathaniel Chalobah could be following in a permanent exit.

Loftus-Cheek has long been regarded as one of the top prospects at Chelsea, and has continuously flirted with breaking into the first-team side in recent years.

However, with just six substitute appearances in the Premier League last season under Antonio Conte, the time has seemingly come for the 21-year-old to move away from Stamford Bridge and gain experience with regular football at another top-flight side in Palace.

As seen in the tweet below though, it’s a staggering record of 36 players sent out on loan by Chelsea in the last 12 months and that process is only likely to continue, while other young talents are sold with Conte seemingly uninterested in giving youth a chance.

Ruben Loftus-Cheek has become the 36th player to leave Chelsea on loan in the last year: https://t.co/Q6eekYX95K pic.twitter.com/bq3EhDkR6M

That is also reflected in reports that Chalobah could be set to leave Chelsea in a permanent move for as little as £5m, as per The Sun.

Similarly to Loftus-Cheek, the youngster hasn’t had the chances with the Blues over the past year or so, and it seems as though Chelsea are ready to let him leave with the likes of Swansea and Watford left to fight over his services.

The 22-year-old made 15 appearances in all competitions last season, while he also impressed for England U21s over the summer. While it’s disappointing to see Chelsea part company with another top young talent, it’s good to see Chalobah have the personal ambition to go elsewhere to play regularly and continue his development have made such improvements in recent times.

With Bertrand Traore and Nathan Ake amongst others sold or loaned out this summer already, it looks like the trend is continuing with not much coming in the opposite way as of yet.