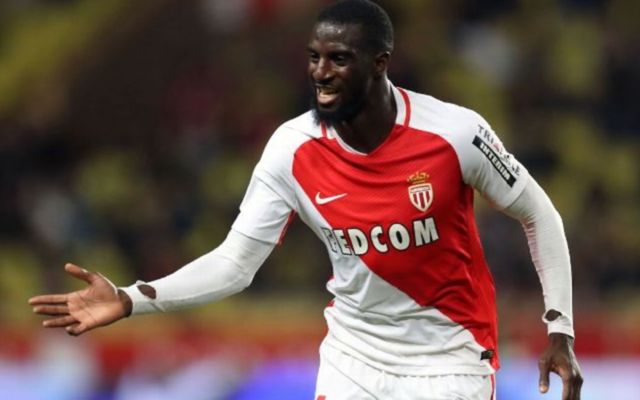 The reasons behind the delay over Chelsea signing Tiemoue Bakayoko have supposedly been revealed, and it could prove to be very problematic in getting a deal done.

Bakayoko, 22, has been heavily linked with a move to Chelsea for weeks now, with suggestions last weekend that the Monaco midfielder was in London to undergo his medical.

However, little has changed since then amid speculation that there are problems with the deal, but The Sun report that there are two main issues holding up the completion of the French international’s £35m move to Stamford Bridge.

It’s suggested that a knee injury which required surgery at the end of last season is proving to be troublesome as part of his medical, while there is still a lack of an agreement between the two clubs over the payment structure of the transfer fee.

With Antonio Conte preparing his side for their pre-season tour of China and Singapore which starts on Monday, he’ll be desperate to see another key signing added to the squad in order for him to settle in and have plenty of time to get to know his new teammates ahead of the new campaign.

Nevertheless, it seems inevitable now though that Bakayoko will miss the start of the Premier League season, as the report goes on to suggest that this knee injury will keep him sidelined until September.

The initial concern will be about making sure it isn’t a long-term problem so that he can pass his medical first and foremost, but it’s more than likely that he’ll be behind his teammates and miss the start of pre-season which will undoubtedly prove to be disruptive for him.

Provided that the timeline is about right, should Bakayoko complete his move to west London, he’d miss games against Burnley, Tottenham and Everton to start the season.