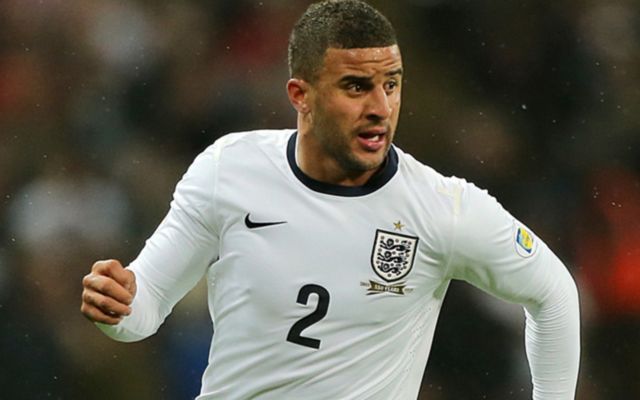 Former Premier League champions Man City are set to pay a world-record fee for a defender, as the Citizens have agreed a deal of around £50M for Spurs’ Kyle Walker, as reported by Sky Sports.

Walker, who contributed six assists in 33 league appearances last season for the Premier League runners-up, looks set to undergo a medical with the Citizens, as boss Pep Guardiola looks to complete his third signing of the summer, according to Sky Sports.

The full-back area is one that former Barca boss Guardiola is looking to bolster this summer as per Sky Sports, with Bacary Sagna, Pablo Zabaleta and Gael Clichy all leaving the club after their contracts had expired.

Guardiola has targeted Spurs defender Walker, with the full-back reportedly being one of the Spaniard’s key targets this summer, as the former Sheffield United man looks set for a move to the Etihad, reports Sky Sports.

With Walker looking set to join Guardiola at the Etihad, it’s starting to becoming hard to look past City winning their third Premier League title come May.