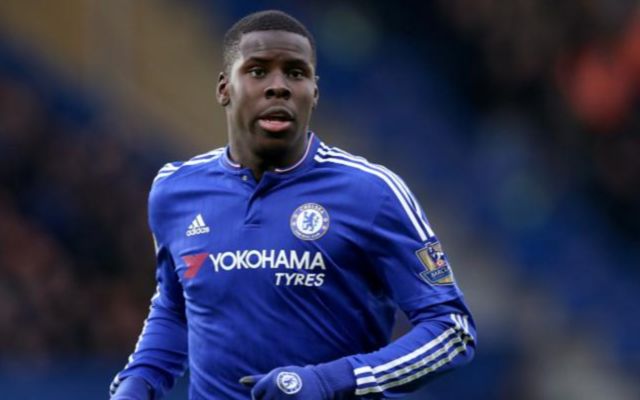 Stoke City are favourites to sign French Chelsea defender Kurt Zouma on a season-long loan from the Blues, as reported by Sky Sports.

Talks between the two clubs that were held on Wednesday went positive, as Zouma looks set to sign a new deal at Stamford Bridge as well as being loaned to gain first-team experience, according to Sky Sports.

As well as Stoke, other clubs including fellow Premier League side West Brom, have declared in interest in taking the former St Etienne defender on loan from the Blues, however Potters boss Mark Hughes looks set to be in the driving seat in the race to secure the Frenchman’s signature, as per Sky Sports.

Should Zouma make the move up north, it’ll should prove to be a good move for the Chelsea man, as the defender looks to regain the form that he had achieved in previous seasons.