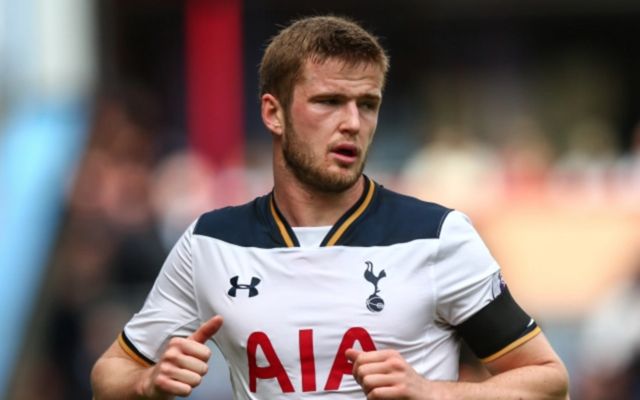 Tottenham are reportedly adamant that they will not be bullied into selling Eric Dier and Kyle Walker, with the pair attracting interest from PL rivals.

The star duo are expected to report for pre-season training on Friday, having been given a little additional time off due to their England commitments earlier this summer.

However, question marks remain over the pair as Manchester United have been linked with a £50m move for Dier, while his teammate is valued at £50m by Tottenham amid interest from Manchester City, as per The Telegraph.

Naturally, in an ideal world Spurs don’t want to lose any of their key players, but if other sides are willing to pay up to £50m for the individuals in question, then they surely have to at least consider the offers.

Nevertheless, they’ll likely be more open to losing Walker given Kieran Trippier’s emergence at the end of last season, while Dier’s versatility in being able to play either in defence or midfield is surely an attribute that Mauricio Pochettino will hope to keep hold of.

Meanwhile, the Telegraph also add that Tottenham are closing in on their first summer signing as they look set to complete a £9m swoop for Estudiantes star Juan Foyth.

He isn’t the only player on their transfer shortlist as per this report though, with the likes of Ross Barkley and Josh King also of interest to the club as they look to add quality and depth where possible.

It’s been a slow summer for Tottenham, but it may well take just one deal to spark plenty more activity as they look to go one better than last season and compete for the Premier League title again.