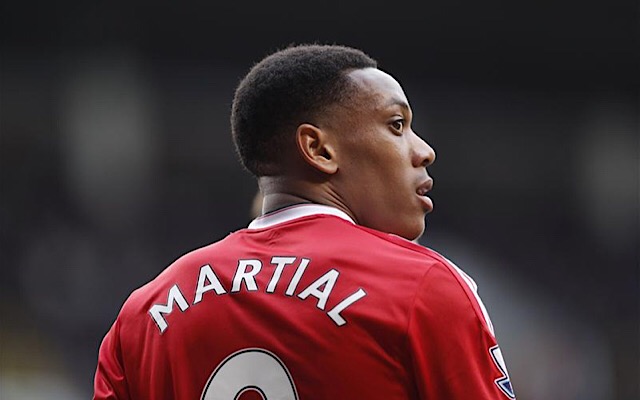 Anthony Martial has been backed to finally prove himself at Old Trafford by former Manchester United and France defender Mikael Silvestre.

Martial made a major impression at United in his first season, yet struggled last year under Jose Mourinho, and scored just 8 goals in 42 appearances.

Yet the departure of Zlatan Ibrahimovic shouls suit the young Frenchman, according to Silvestre, who spoke to Metro.

“Anthony has reached the level of Manchester United and the French national team, so I think he will improve his game to perform at least at the same level as the first season,” Silvestre said.

“The turning point for me was the Euros in France. He was ­substituted in one game, he’d had a difficult first half, and after that he didn’t play ­any more”, continued Silvestre.

“Sometimes, when you take a slap to the back of the head, it’s difficult to bounce back, and all season he was ­trying to get back to his best. Zlatan’s aura was big, his character, his ego, and what he was spreading around him was sometimes intimidating for the younger players. But also it gives you an ­example to follow, so it was good to have him around.”

Martial has been linked to a return to France with Lyon looking to replace Alexandre Lacazette, who has left for Arsenal. Despite the departure of Ibrahimovic, Martial will now have to compete with Romelu Lukaku, after the Belgian forward left Everton for £75m, as well as the continued emergence of Marcus Rashford.