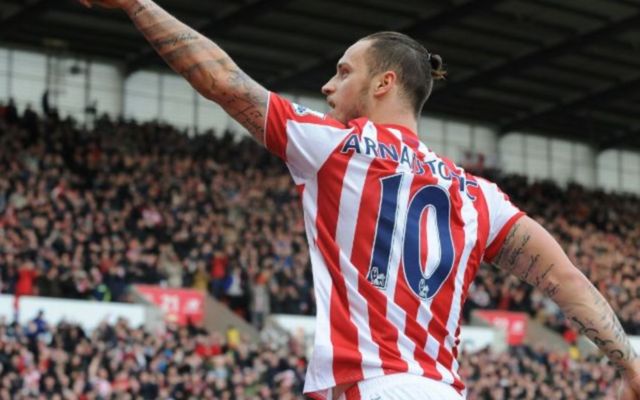 West Ham are reportedly lining up a third bid for Stoke City and Austria winger Marko Arnautovic, after the club had their second bid of £20M rejected by the Potters, according to the Evening Standard.

Arnautovic, who made his desire to leave Mark Hughes’ side clear after the winger submitted a transfer request at the club, has had bids of £15M and £20M submitted for him, however Stoke are holding firm over the winger and are unwilling to sell one of their best players unless the offer matches their valuation, as per the Evening Standard.

Austrian international Arnautovic, who managed to bag himself six goals and five assists in 32 league appearances for Stoke last season, is Slaven Bilic’s primary target, as reported by the Evening Standard, as the Hammers boss looks to add more quality to his squad ahead of the upcoming Premier League season.

Should West Ham end up securing a deal for Arnautovic, it’ll be interesting to see whether they can improve on their 11th place league finish last season.