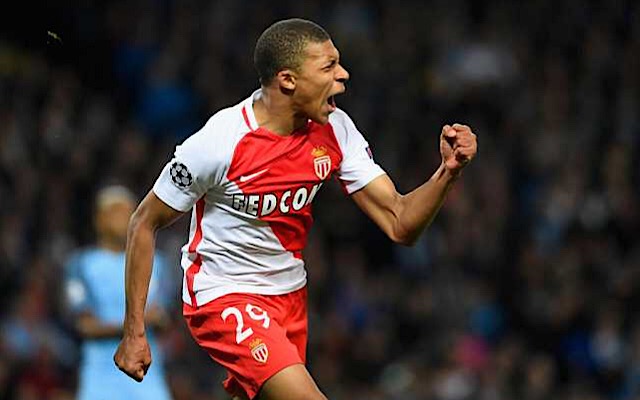 Real Madrid have admitted they will not match the wages on offer from PSG for Monaco’s Kylian Mbappe.

Mbappe, 19, has emerged as the most coveted teenager in world football, and Monaco are believed to be demanding a world record fee of £120m for his services.

Manchester City, Chelsea, Liverpool and Arsenal have been closely following Mbappe but it is believed that Real Madrid and PSG hold the upper hand if a deal is to be reached.

According to AS, the player has been asked where he will be playing next season, as he trained in Switzerland with his team-mates. His reply “I don’t know”, will do litle to allay Monaco’s fears that he is plotting his next move.

Mbappe is believed to favour a move to European champions Real Madrid, but even after moving James Rodriguez to Bayern Munich in a two year loan deal, the Spanish champions may struggle to match the sheer financial muscle of PSG, who were beaten to Ligue 1 by Monaco last season.

After a series of negotiations with the player’s representatives, PSG are ready to offer Mbappe €12m a year in wages. Zinedine Zidane’s Real side, however, are unwilling to pay him more than €7m per season, as they do not want to disturb the dressing room politics in Madrid, with Cristiano Ronaldo no doubt keeping a close eye on proceedings, and his own place in the pecking order.