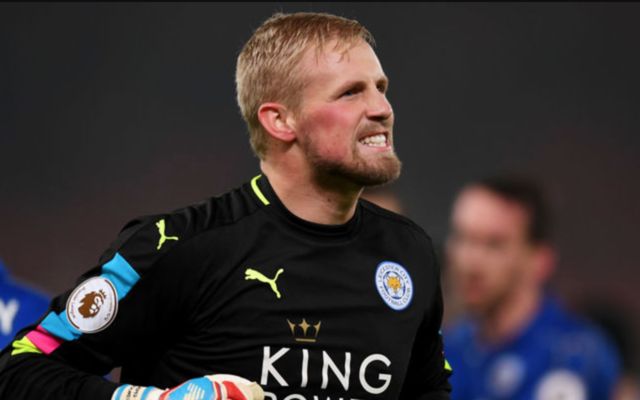 Leicester goalkeeper Kasper Schmeichel is optimistic over a move to former Premier League champions Man United following the news that Real Madrid are set to go back in for Spanish shot-stopper David De Gea, reports the Mirror.

As per the Mirror, it seems a move for the Danish international is coming more and more likely, with La Liga champions Madrid eyeing a move for Spain’s David De Gea following the news that 18-year-old Italian goalkeeper Gianluigi Donnarumma has signed a new deal with AC Milan.

United will be wanting to keep De Gea, with the Red Devils wanting a fee of more than £60M for the former Atletico Madrid man who has two years left on his current contract at Old Trafford, according to the Mirror.

Should United end up going after Schmeichel, it’ll reportedly set Jose Mourinho’s side back at least £30M, as reported by the Mirror, for the ‘keeper who kept nine clean sheets in 30 league appearances for the Foxes last season.

Should Schmeichel end up making the move to Old Trafford and following his father’s footsteps, it’ll be worthwhile seeing whether the Danish star has enough in his locker to fill the boots left by De Gea.