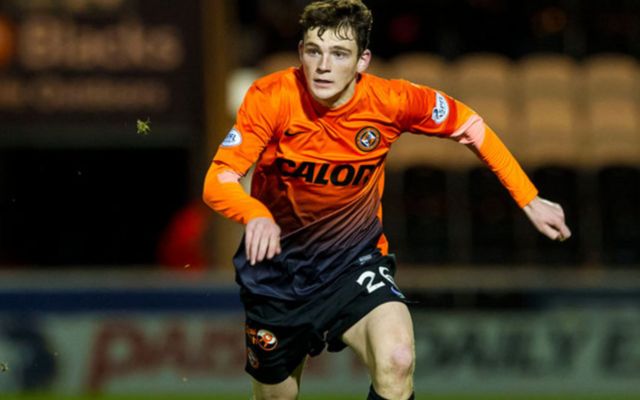 Liverpool are close to agreeing a deal to sign Scottish defender Andrew Robertson from Championship side Hull City, according to the Guardian.

Robertson, who scored one and assisted two in 33 league games for Hull last season, has been linked with a move to Merseyside for some time, with a deal for the defender all but complete, as per the Guardian.

Liverpool are believed to be paying around £8M for the former Dundee United man’s services as reported by the Guardian, and Robertson shouldn’t be short of first team opportunities at the Reds given that the only two left-backs at the club are James Milner, who is primarily a midfielder, and Alberto Moreno, who has fallen out-of-favour with boss Jurgen Klopp.

Should Robertson end up joing Klopp’s side, it’ll be Liverpool’s third signing of the summer, following the announcements of Chelsea striker Dominic Solanke and Roma’s Mohamed Salah.

If Robertson does up making the move to Merseyside, it’ll definitely the Premier League side who’ll be getting the better end of the deal on this one.