Man City have completed the signing of Brazilin Under-20 international Douglas Luiz from Vasco Da Gama for a fee in the region of £10.7m.

The midfielder, 19, has agreed terms on a five year contract with Pep Guardiola’s Premier League side.

Man City’s director of football Txiki Begiristain said on the club’s official website, “Douglas is an exciting player with great potential. Everyone here is looking forward to helping him develop his talent and progress in the game.”

Luiz made a big impression in Brazil last season, helping Vasco Da Gama to promotion to Brazil’s Serie A in his debut season in the first team.

Scoring twice in 15 appearances, Luiz has recently established himself in the side as Vasco settled into life in the Brazilian top flight.

Earlier in the week, Guardiola was left frustrated after his attempts in bringing another Brazilian to the Etihad, Dani Alves, ended in failure.

Alves left Juventus on a free transfer and was widely expected to be reunited with his former Barcelona manager Guardiola at Man City, before agreeing a lucrative contract with PSG.

Guardiola moved swiftly to bring in Kyle Walker from Tottenham in a deal expected to reach £50m.

Luiz is expected to move to La Liga side Girona on loan for the season, as Guardiola assesses him from afar. 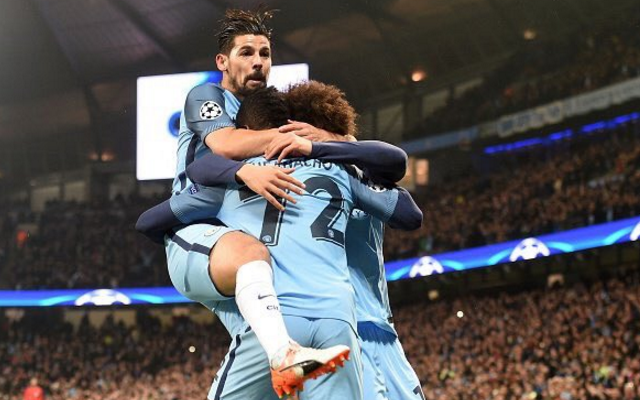