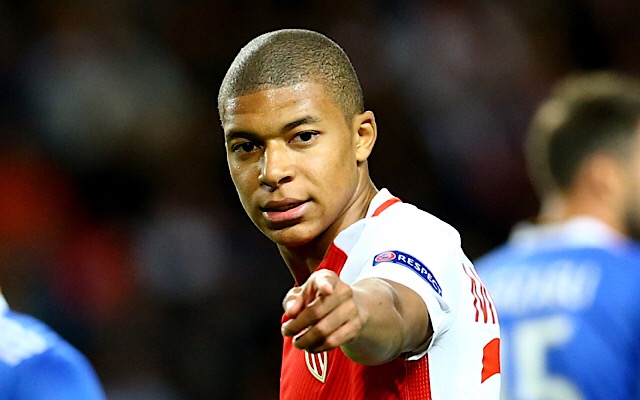 Arsenal manager Arsene Wenger has denied making a world record £123m bid for Monaco’s highly coveted forward Kylian Mbappe and believes he will stay with the French champions for one more season.

Speaking to Metro, Wenger ruled out any move for the 19 year old and has refuted suggestions that he made such a bid.

“That’s not true as well. People have a big imagination”, said Wenger. “What we know now with Mbappe it’s over £100m, after [that amount] it’s free to imagine what you want, but we’ve not made any offer.”

Reports from France earlier in the week suggested that Wenger had enjoyed a three hour conversation with Mbappe after England’s friendly with France last month in Paris.

Having signed a young Thierry Henry and moulded him him into a world class centre-forward, Wenger was expected to tempt Mbappe to North London.

Yet, after bursting on to the scene last season, with a string of stunning displays as Monaco won the French title and made the semi-finals of the Champions League, Mbappe has attracted interest from Real Madrid as well as rivals PSG.

Indeed PSG are believed to have blown Real Madrid out of the water with ther offer of €12m wages per season to Madrid’s €7m.

Yet Monaco, having lost Bernardo Silva to Manchester City and about to sell Timoue Bakayoko to Chelsea, are in no rush to sell and Mbappe is now likely to remain in the principality for one more year.