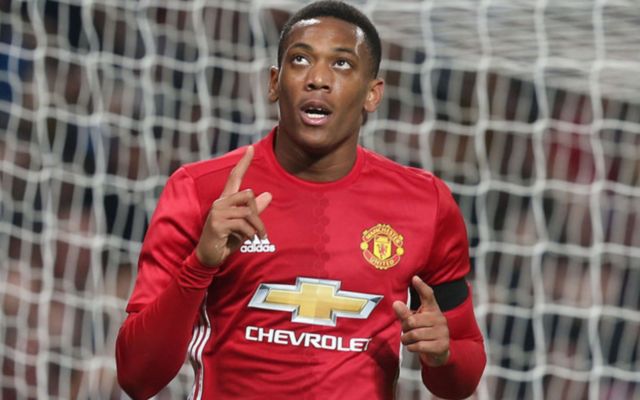 Inter Milan have enquired about the possibility of taking French winger Anthony Martial from United as part of a deal for Croatia midfielder Ivan Perisic, according to Sky Sports.

United have made it clear that they wish to bring in the winger during this summer transfer window, with the player reportedly keen on joining Jose Mourinho’s side as well, as per Sky Sports.

United are, as reported by Sky Sports, close to agreeing a deal to sign Inter winger Perisic, however the Italian side are holding firm over their £48M valuation of the player, and have now asked for former Monaco man Martial to be included in the deal.

21-year-old Martial made 25 appearances in the league last season for the Red Devils, with the winger managing to bag himself four goals and six assists.

Should Martial be used in a deal to bring Perisic to Old Trafford, it’ll almost certainly be Inter Milan who come out of the deal better off.