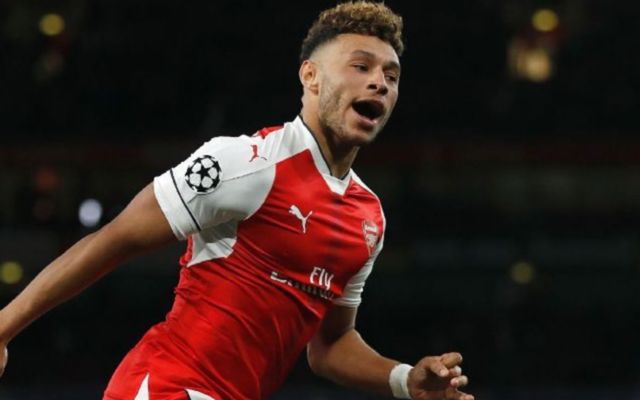 Arsenal and England star Alex Oxlade -hamberlain is reportedly set to stay at the Emirates this season, as boss Arsene Wenger insists that the player is going nowhere, as per the Metro.

Chamberlain, who has just one year left on his current deal with the Gunners, is yet to sign a new deal with the club as talk of interest from fellow Premier League side Liverpool heats up, as reported by the Metro.

According to the Metro, Arsenal would be willing to sell the midfielder amid interest from the Merseyside club, with a bid of £25M reportedly being enough to tempt the hand of the north London side.

When asked about Chamberlain’s future, Arsenal boss Wenger insisted that the player would be staying at the Emirates by saying that he “100%” expects the Englishman to remain at the club, reports the Metro.

If these reports about Chamberlain are true, it’ll almost be like a new signing for Arsene Wenger’s side as the club look to improve on last season’s disappointing fifth-place finish.