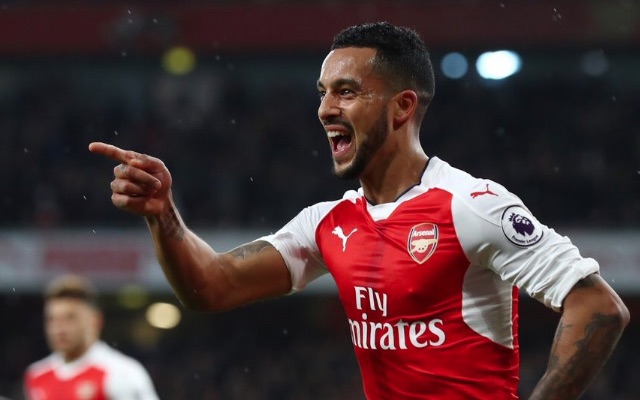 Everton are reportedly lining up a bid for £30m target Arsenal forward Theo Walcott, which could be music to the ears of Gunners supporters.

The 28-year-old has never really kicked on and fully delivered on his quality, as he’s only managed one season scoring 20 goals or more since joining Arsenal in 2005.

He managed 19 in 33 appearances in all competitions last season, but combine that with the fact that The Mirror claim that Everton are willing to splash out £30m on the England international, and surely that’s more than enough to let him go.

It’s added in the report that Walcott himself may well be keen on the move to Goodison Park, with Everton already splashing out around £100m this summer to strengthen Ronald Koeman’s squad.

The Dutch tactician is said to be in the market for a wide-man with Yannick Bolasie still facing time on the sidelines due to injury, while he could even go for a double raid on Arsenal with Olivier Giroud also linked with a move to Merseyside.

It’s unlikely that the French international moves to Everton, but it’s suggested that there could be more success in a swoop for Walcott who will want regular first-team football next season to force his way into the England squad for the World Cup.

Time will tell if Everton are successful and if Arsenal are willing to listen to offers, but with this offer in particular, surely they’ll have to as getting £30m for a player like Walcott who is arguably expendable, could give Wenger the additional funds he needs to go out and continue to strengthen his squad.

The veteran boss has already signed Alexandre Lacazette this summer along with free transfer Sead Kolasinac, while several other high-profile targets have been touted.