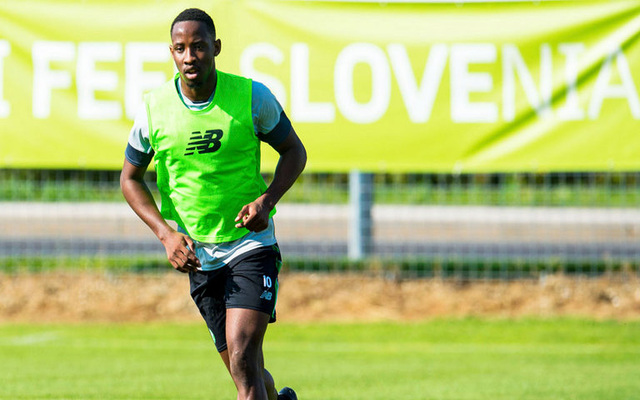 Arsenal boss Arsene Wenger is reportedly preparing to make a double splash with Mousa Dembele on his radar if Alexis Sanchez leaves this summer.

With just 12 months remaining on his contract, the Chilean international is seemingly no closer to signing a contract extension and that could force Wenger to start to plan for life without him.

Dembele would undoubtedly be an exciting replacement after the 20-year-old scored 32 goals in 48 appearances for Celtic last season, with Arsenal linked with a move as the former Fulham striker who is valued at £30m but could fetch significantly more in today’s market, as per The Express.

Despite signing Alexandre Lacazette already this summer for £52m, the threat of losing Sanchez as well as Olivier Giroud, who may not be entirely happy to say as a back-up option, means that the Arsenal boss has to start considering alternatives and will have the money to spend from their potential sales.

Dembele, albeit without the experience at the top level in the Premier League, would be an intriguing addition, but time will tell if a deal can be struck with Celtic who are in a strong position given he has three years remaining on his contract and will be keen to keep hold of him unless a monster bid comes in.

Meanwhile, the report also adds that Van Dijk is a target, with Arsenal linked with launching a £45m bid for the Dutch international this summer.

It’s added that Liverpool had been favourites to sign the Southampton defender until they were accused of overstepping the mark as the Saints lodged a complaint against them for an illegal approach, and despite reports suggesting that they’re still an option, it’s surely difficult to see that happen now.

The Express claim that it will be a costly error on Arsenal’s behalf, as having passed up on the opportunity to sign Van Dijk for £12m when he moved to England two years ago, they’ll now need to break the bank to take him to the Emirates and bolster their defence as other reports have quoted a much bigger fee.