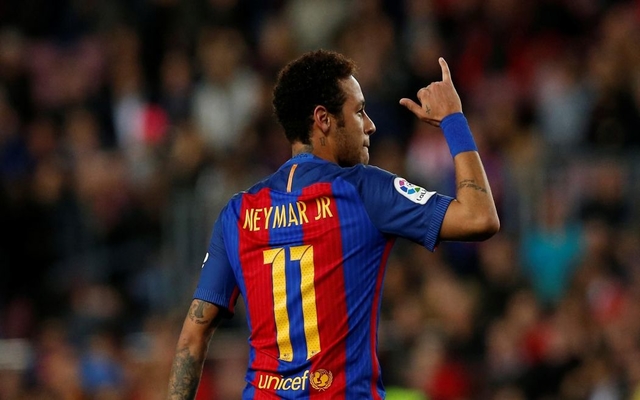 Speculation has continued to rumble on over Neymar’s future at Barcelona, as the easy suggestion is that he wants to get out of Lionel Messi’s shadow and become the leading figure at a club.

PSG are seemingly ready to offer him that opportunity, as Sky Sport Italia reporter Gianluca Di Marzio has insisted that the Ligue 1 giants are serious about signing the 25-year-old.

He notes that they are ready to spend €222m to meet the release clause in his contract which he signed in October, and now they await the decision of the player as to whether or not he wishes to move to Paris.

It’s added that Barcelona are ready to improve his wages in order to convince him to stay, but PSG are likely to be offering a lucrative salary too and so financially, it’s difficult to see Barca competing with their European rivals.

In turn, it arguably comes down to the footballing aspect as to whether Neymar accepts the move or not. Currently, he’s playing with some of the best players in the world, winning accolades and trophies throughout his four years with Barcelona and is seen as a focal point of their future.

However, while he may have won every trophy available to him at club level, the Ballon d’Or continues to elude him, and this isn’t the first time that it’s been suggested he could move on in order to reach the pinnacle on an individual basis by stepping away from playing alongside Messi.

Time will tell if there is a serious chance that PSG could sign him, but it’s certainly not what Barcelona supporters want to hear as they would love to see their feared attacking trident remaining together for many more years.