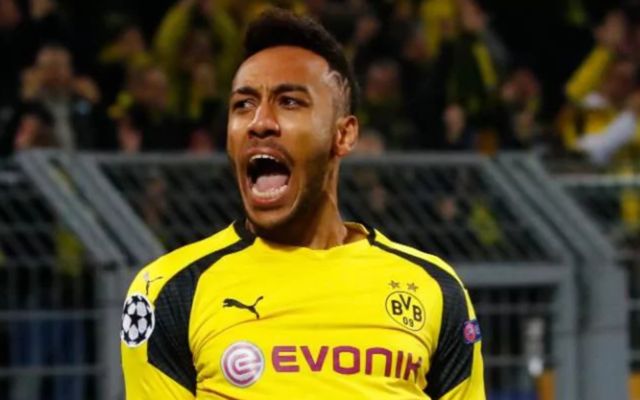 Chelsea have reportedly missed out on Dortmund striker Pierre-Emerick Aubameyang, as the German outfit’s deadline for a sale has passed.

The prolific 28-year-old forward has been heavily linked with an exit all summer, with both Chelsea and AC Milan paired with an interest.

However, as reported by Sky Sport Germany, the Gabon international will now remain at Dortmund as the deadline for him to leave has passed. The club had sensibly put in place the cut-off point to avoid the situation dragging on throughout the whole summer, and this now gives them clarity that they can move forward with their most prized asset still in the side.

It would also imply that no acceptable bids were forthcoming despite all the speculation, as no club managed to reach an agreement before the deadline.

Further, the Bundesliga giants will not negotiate with other clubs any longer, although Kicker add that a bid of around €100m or more could force them into a rethink.

Despite his record in recent seasons, which included 40 goals in all competitions last season, with 31 coming in 32 league outings, it’s highly unlikely any club is willing to spend that much on Aubameyang.

It’s a blow for Chelsea in particular though as Antonio Conte continues to search for a possible replacement for Diego Costa, with the Spaniard expected to move on before the start of the new campaign.

As for Milan, CEO Marco Fassone publicly revealed that the club is targeting a marquee signing up front to add to the 10 signings that they’ve already made this summer, and taking Aubameyang out of the equation, that would now seemingly leave them with one of Andrea Belotti or Alvaro Morata, as noted by Sky.