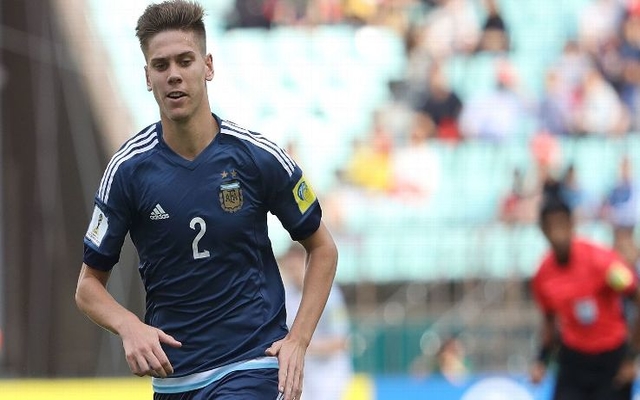 Tottenham are reportedly close to securing a deal for Estudiantes defender Juan Foyth, with the teenager linked with a £8.5m move to London.

Spurs fans have faced a frustrating wait for new arrivals this summer, while they will have been left disappointed to see Kyle Walker leave, albeit in a very good deal financially for the club.

However, as they hope to see the club take the next step to becoming a real contender both in the Premier League and in Europe, it’s evident that Mauricio Pochettino needs new faces and one could now be on the way.

According to The Times, Tottenham are close to agreeing an £8.5m deal for Foyth, having been linked with a move for the 19-year-old for the last fortnight.

It’s added that he will be asked to return to Estudiantes on a six-month loan while a sell-on clause will be added to his contract as the Argentine outfit solidify their position and get the best out of the deal.

Worryingly though, there are conflicting reports in Argentina, as reporter Fernando Serrano has suggested that a bid from Tottenham has been rejected, and so Estudiantes are waiting for an improved offer, as seen in the tweet below.

He claims that Spurs offered £5.3m plus £2.3m in bonuses for the talented youngster, but that wasn’t deemed good enough and so the wait for the first summer signing looks set to drag on a little longer.