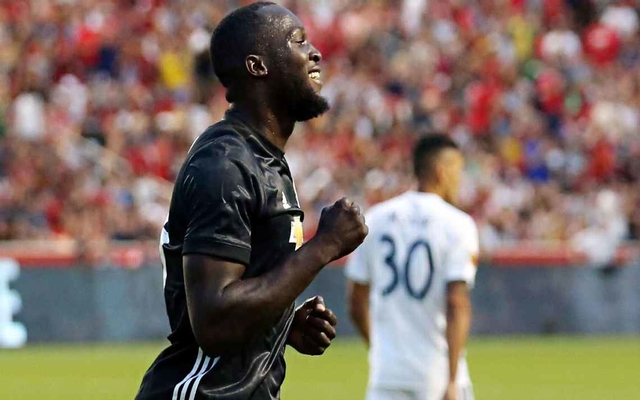 There are big expectations and pressure on Man Utd striker Romelu Lukaku’s shoulders this season, but he gave a glimpse of what’s to come on Monday.

The Belgian international scored in United’s 2-1 win over Real Salt Lake as they stepped up their pre-season preparations, although Jose Mourinho may not have been impressed with the entire game as a whole.

Antonio Valencia was sent off while Juan Mata picked up an injury which forced him to be replaced and so there will be concern over the Spaniard moving forward until further tests reveal the extent of the damage.

Nevertheless, from Lukaku’s perspective, he’ll be delighted to get off the mark in pre-season for United, and that will undoubtedly give him confidence moving forward of finding the back of the net on a regular basis as he showed composure and great instinct in front of goal, as seen below.

Mourinho deployed a 4-3-3 system in this outing with Lukaku handed a first start as the focal point up front. After scoring United’s first, Henrikh Mkhitaryan turned provider for Lukaku, who wrong-footed both a defender and the goalkeeper before stroking the ball home to give the Red Devils a lead that they would hold on to for the rest of the game.