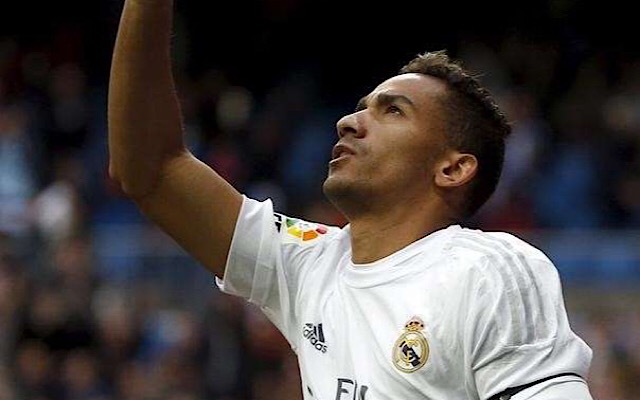 Danilo is set to become Manchester City’s second new right-back in a week as the club agreed a £26.5m deal with Real Madrid, according to the Manchester Evening News.

Just days after manager Pep Guardiola raised eyebrows with the £45m signing of Tottenham’s Kyle Walker, the Spaniard moved quickly to reinforce his defensive ranks with the signing of the Brazilian international.

Having released Bacary Sagna and Pablo Zabaleta last month, Guardiola had been widely expected to sign Juventus’ wingback Dani Alves on a free transfer. Yet, after enjoying a highly publicised wedding and honeymoon, Alves opted instead for a lucrative move to PSG, leaving his former manager Guardiola looking elsewhere for a replacement.

Danilo, who can also fill in at left-back, has won 15 caps for Brazil as Alves’ understudy, and will leave Madrid after two largely frustrating seasons under Zinedine Zidane.

Having signed from Porto for £28m in 2015, much was expected of Danilo in Madrid having won two Portuguese league titles and the Copa Libertadores with Santos, yet he failed to fully convince Zidane of his worth during his spell in Spain.

Should City manage to push forward with the transfer, Danilo is expected to meet up with the rest of the City squad in the USA.

Watford makes an offer for €8-million Palmeiras talent as they prepare for Premier League competition next season May 28 2021, 7:37
Watford FC

Video: Danilo fires home a rocket to open the scoring for Juventus vs Sassuolo Jan 10 2021, 21:06
Juventus

Video: Arsenal’s alternative to Thomas Partey shows his class with a dominant headed goal from a corner Jul 9 2020, 21:37
Arsenal FC