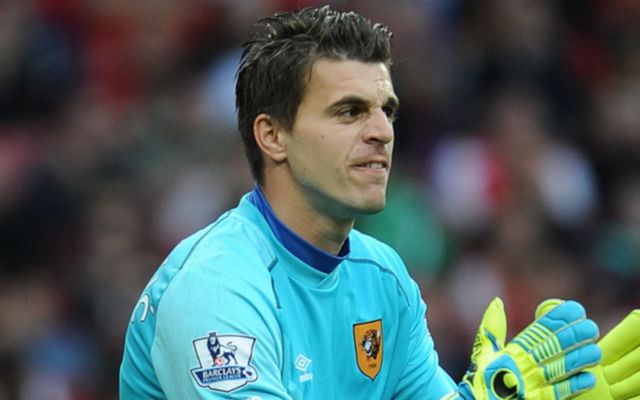 Jakupovic, who kept five clean sheets in 22 league games for the Tigers last season, has signed for an undisclosed fee as per Sky Sports, with the 32-year-old putting pen to paper for a three-year-deal with Craig Shakespeare’s side.

Jakupovic is set to join-up with new teammates in Hong Kong, where Leicester currently are competing in the Premier League Asia trophy, report Sky Sports.

Jakupovic becomes Leicester’s third signing of the summer, with the goalkeeper joining up former Hull teammate Harry Maguire and Sevilla midfielder Vincent Iborra, as Leicester look to bolster their squad before the transfer window shuts on August 31st.

Does Leicester’s announcement of Jakupovic mean that current first-choice ‘keeper Kasper Schmeichel could be moving on from the King Power stadium in the near future? We’ll just have to wait and see.