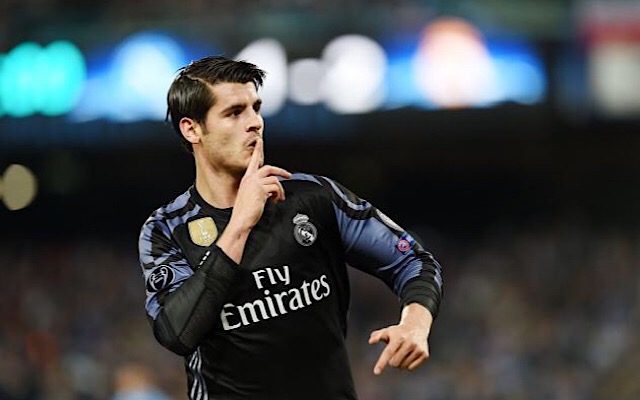 Alvaro Morata looks to have finally ended the speculation over his future, with Chelsea agreeing a club record £70m fee for the forward with Real Madrid, according to the Daily Express.

Morata has been heavily linked with the Premier League champions in recent days, after Romelu Lukaku opted to join Manchester United rather than return to London.

Chelsea manager Antonio Conte has previously signed Morata for Italian champions Juventus. And though he left for the Italian international job before Morata’s arrival in Turin, Conte has been keen to work with the Spanish international forward ever since.

Morata will fly into London tomorrow for his medical from Real’s US training camp, and is expected to agree terms in the region of £150k, according to The Guardian, with Chelsea shortly afterwards.

Real Madrid paid tribute to the player on their website, saying, “Real Madrid and Chelsea have agreed to the transfer of Alvaro Morata pending the relevant medical examination.” the club statement read.

“The club wishes to express its thanks for the dedication, professionalism and exemplary conduct displayed by the player over the years”.

“Spanning his time in our academy right through to his spell as a member of the first-team squad.

Morata’s departure from Madrid is likely to see Real look to make a world record move for Kylian Mbappe of Monaco. Diego Costa will be hoping to finalise his own future too, with Atletico Madrid expected to make a bid for their former player, despite their current transfer ban.

Having only rejoined Real from Juventus last season, after the club activated his buyback clause, Morata enjoyed the most productive season of his career.

Despite scoring 15 goals in just 26 games in La Liga, Morata is known to have become increasingly frustrated at playing second fiddle to Cristiano Ronaldo and Gareth Bale in the Spanish capital.