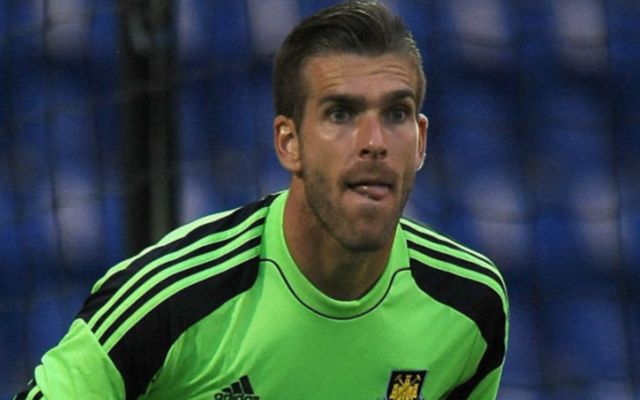 Premier League sides Newcastle and Crystal Palace are both weighing up moves for West Ham goalkeeper Adrian, as per the Mirror.

The Spaniard, who kept six clean sheets in 16 league games for the Hammers last season, is set to find his first team opportunities with the club limited as the Hammers have just announced the signing of Manchester City and England goalkeeper Joe Hart, according to the Mirror.

The Spanish ‘keeper, who signed for the East London side from Real Betis in 2013, has reportedly been told that he needs to be playing on a regular basis in order to stand any chance of making Spain’s squad for the World Cup next summer, as reported by the Mirror.

Should Adrian end up leaving the Hammers for either Newcastle or Crystal Palace, it’ll interesting to see whether the shot-stopper can command a first team place in time to gain a place in Spain’s 2018 World Cup squad.