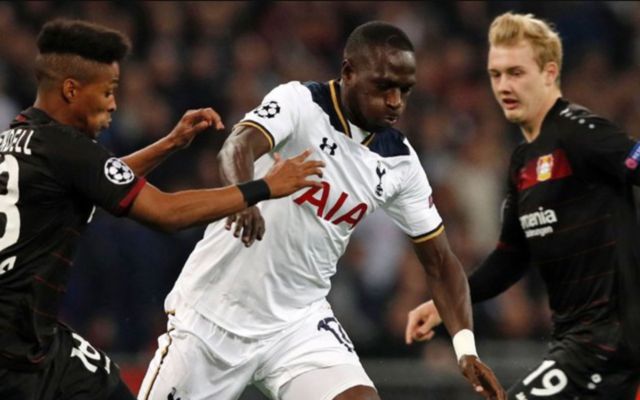 Premier League runners-up Tottenham are reportedly going to pay £30M summer signing Moussa Sissoko in order to try and get the midfielder to leave the club this summer, according to the Daily Mail.

Former Newcastle midfielder Sissoko has made clear his desire to leave Spurs this summer, having signed for the north London side from the Magpies for £30M last summer after an impressive Euro 2016 with France, as per the Daily Mail.

Despite the midfielder wishing to leave the club, the transfer isn’t going to be plain sailing reports the Daily Mail, as the player’s reportedly £85,000-a-week wages are reportedly getting the way of the France international being able to secure a move away from White Hart Lane.

As reported by the Daily Mail, Ligue 1 side Marseille are reportedly interest in the midfielder, but are unwilling to match the player’s extortionate wage demands, meaning Spurs may have to subside the Frenchman’s wages in order for him to leave the club.

Should Sissoko end up leaving Mauricio Pochettino’s side this summer, it’ll definitely won’t be money well spent by the Premier League runners-up on a player who’s failed to impress during his time with the club.