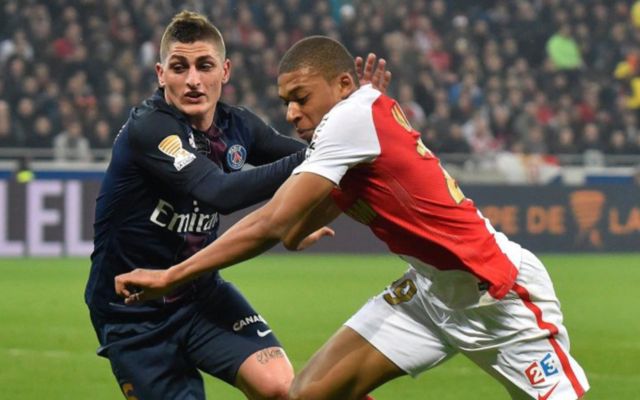 Barcelona are eyeing-up a move for PSG’s Marco Verratti and Monaco’s Kylian Mbappe should the La Liga side sell Brazilian superstar Neymar to European rivals PSG, according to the Daily Mail.

Neymar has been strongly linked with a move to the former French champions for a world-record fee, and Barcelona are reportedly eyeing-up suitable replacements should the Brazil man jump ship, as per the Daily Mail.

Should PSG be successful in their attempts to sign the Brazilian superstar, Barcelona will have a small fortune to replace the winger with, and the club has signalled out Verratti and Mbappe as their ideal targets, as reported by the Daily Mail.

PSG have already made contact with the player about a possible transfer for the Brazilian, and the club are set to have further talks with the player’s father over a potential move to the Parc de Princes for the former Santos winger, report the Daily Mail.

Should Neymar make the switch from Barcelona to Paris, it’ll almost certainty be for a transfer fee that most likely won’t be topped for years and years to come.