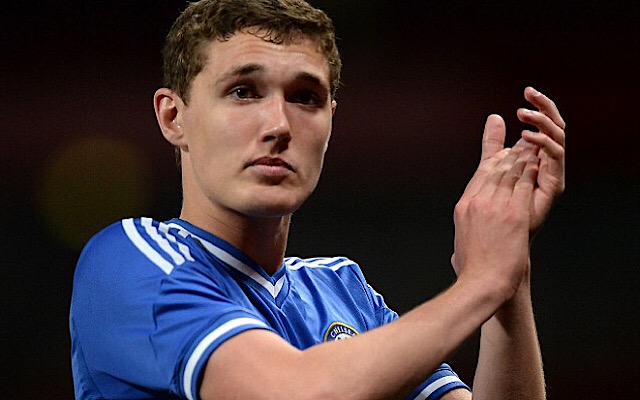 Chelsea could be set to sell yet another of their academy players, with Sevilla showing a strong interest in defender Andreas Christensen.

According to El Desmarque, Sevilla are prepared to offer £13.4m for the Danish defender, who has long been considered John Terry’s long-term successor at Stamford Bridge.

Christensen has made only three first team appearances for Chelsea, but has made a significant impression in a two-year loan spell with Borussia Moenchengladbach.

Chelsea signed Christensen as a 16-year old from Brondby and have taken him on their pre-season tour to China with the rest of the first team squad.

With John Terry having finally left the club, and Kurt Zouma on the verge of a loan move to Stoke, there is still time for Christensen to impress manager Antonio Conte, who has also bought Antonio Rudiger from Roma.

Should Christensen depart for Sevilla, he will join a long list of young players to have departed Chelsea in search of first-team football. Nathan Ake has joined Portsmouth, Watford have signed Nathaniel Chalobah and Ajax have taken the forward Bernard Traore after he impressed in Amsterdam last season.