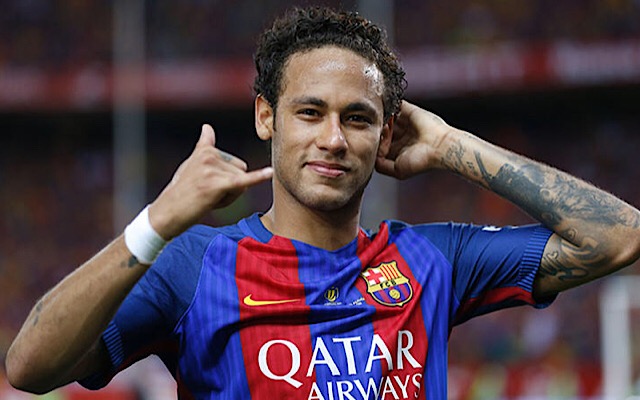 Neymar’s potential world record move to PSG has moved a significant step closer, with the player’s father set to meet with the Parisian club to discuss terms.

According to reports in France, the player is determined to meet with the club and discuss his options.

“The discussions between the player [Neymar]’s entourage and PSG continue,” the French outlet confirms. “A meeting is expected soon between his father [who doubles as an agent] and sporting director Antero Henrique.”

Neymar has long been linked with a move to PSG, and with the club losing the league title to Monaco, are desperate for a top-level signing to reassert their dominance.

PSG are reportedly happy to pay his €222 release clause with Barcelona, amid reports the Brazilian is looking to move on after Lionel Messi recently renewed his contract at the Nou Camp.

PSG manager Unai Emery has admitted he is very keen on bringing the player to Paris. Emery told L’Equipe, ““If we want to rival Bayern Munich, Barcelona and Real Madrid and win the Champions League we need to buy one of the top five players in the world today,” Emery said.

“Neymar has advanced his game massively and today he is one of the five best in the world.”