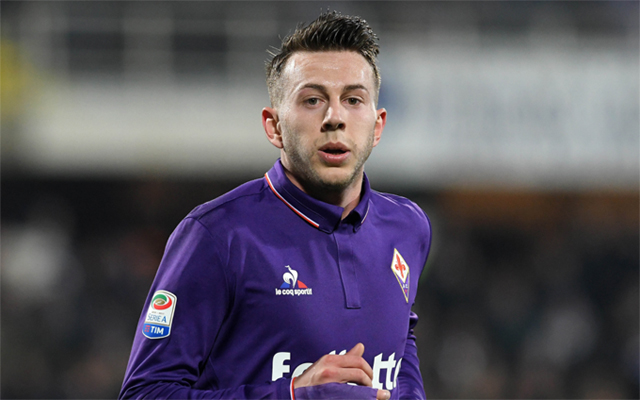 Juventus have reportedly secured the signing of Fiorentina ace Federico Bernardeschi, with the Bianconeri splashing out €40m on the Italian international.

The 23-year-old has been heavily linked with a move to Turin for months, and as per respected Sky Sport Italia journalist Gianluca Di Marzio, as seen in his tweet below, it appears as though the deal is done.

It’s added on his official website, that there is an agreement between the two bitter rivals for the €40m transfer of the winger, while Fiorentina will receive 10% of any future transfer fee if Juve opt to sell him.

Bernardeschi will reportedly sign a five-year contract with the Bianconeri, earning around €4m-a-year as all indications are that the deal is done.

Add that to the arrival of Douglas Costa this summer and Massimiliano Allegri has some dangerous attacking options at his disposal to compliment what he already had in his squad, and it certainly softens the blow of losing inspirational defensive leader Leonardo Bonucci to AC Milan.

It’s quite the coup for Juventus in prising Bernardeschi away from Florence given the rivalry between the two clubs, and it certainly sends the Viola into further turmoil with problems at all levels this summer as they lose another key player after selling Borja Valero to Inter.

Whether or not more follow remains to be seen, but as far as Juventus are concerned, they’ve signed a top player, with Bernardeschi now undoubtedly hoping to take his career to headier heights for both club and country.