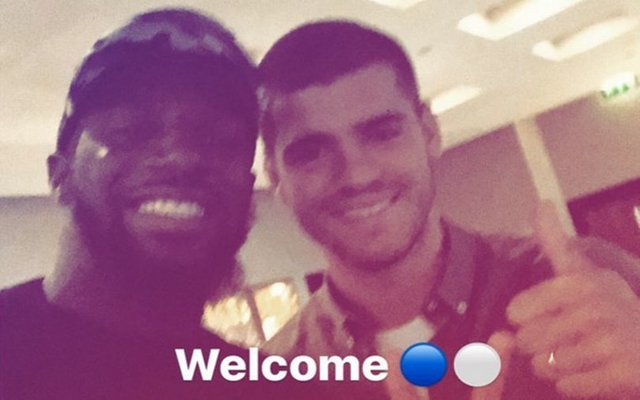 Chelsea midfielder Tiemoue Bakayoko was all smiles as just days after completing his move to Stamford Bridge, Alvaro Morata is joining him at the club.

The Spaniard arrived in London on Thursday to complete his switch to Chelsea, having earlier said his goodbyes at Real Madrid during what would undoubtedly have been an emotional farewell for the 24-year-old.

Having been desperate to make an impression at the club and establish himself as a regular in the first-team, it hasn’t worked out as planned. Instead, as reported by The Mirror, Morata has a great opportunity at Chelsea to showcase his quality after completing his £67m move.

With the chance to now work with Antonio Conte after being denied last time out at Juventus, the Spanish international will surely relish playing regularly for Chelsea and proving that he can be a prolific goalscorer as well as a key cog up front to link everything together.

Morata has shown us his qualities during a two-year spell with Juventus in particular, while he scored 20 goals last season in all competitions despite not being the first choice striker at the Bernabeu.

Bakayoko seems to be delighted with his arrival anyway, as the Frenchman posted an image of him with Morata on his Instagram account, with the caption of ‘Welcome’ and the Chelsea colours below.

Chelsea and Conte may not have been the most active of clubs in the transfer market thus far, but the signings of Morata, Bakayoko and Antonio Rudiger is real quality work.

It strengthens the backbone of the side and addresses key areas of the team that needed strengthening, and the trio in question possess great quality. While more reinforcements may well still be on the way, Chelsea fans will surely be delighted with the business done so far.