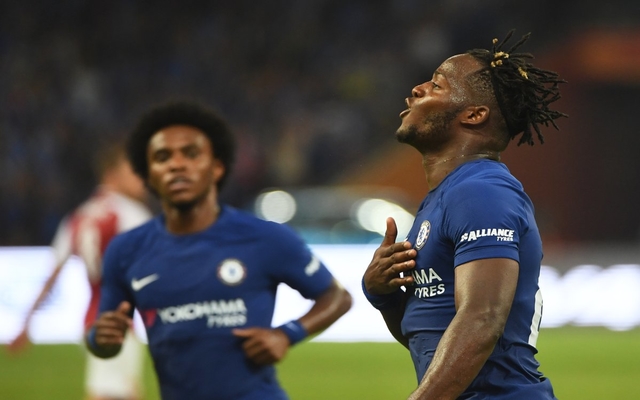 Chelsea striker Michy Batshuayi is enjoying himself in pre-season, as bagged a brace in his side’s win over Arsenal in Beijing on Saturday.

Antonio Conte’s side got their pre-season tour off to the perfect start with goals from Willian and a double from Batshuayi ensuring that they saw off the Gunners with ease.

However, this strike from the Belgian forward stood out in particular, although it must be said that all three goals were top quality efforts.

Conte will undoubtedly be pleased with what he saw from his players in general as opposed to focusing on the goals though, as there were impressive performances across the pitch.

One sour note was the injury sustained by Pedro after he collided with David Ospina in the first-half, and he was forced to leave the pitch with a bloodied face.

Nevertheless, it was an impressive for Chelsea, with Batshuayi staking his claim for a regular spot in the starting line-up this season as he continues his fine form this summer.

Summer signing Alvaro Morata will have something to say about it, but Batshuayi is certainly doing his chances no harm if he continues to find the back of the net on a regular basis.