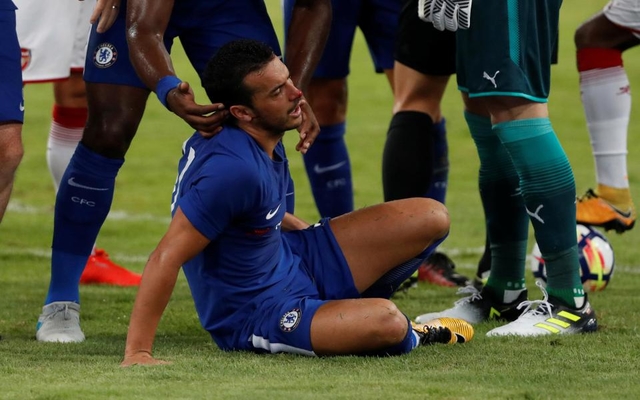 Chelsea winger Pedro was probably hoping for a routine pre-season outing against Arsenal on Saturday, instead he got destroyed by David Ospina.

The Spaniard committed himself to a ball into the box, only to see Ospina come flying off his line and absolutely clatter him head on.

It looked like a really nasty collision as Pedro remained on the floor before he sat up and blood was dripping from his face as he looked completely dazed, as seen in the video below.

The 29-year-old will likely be feeling the after-effects of this one for some time, while to add insult to injury, the referee gave a free kick to Arsenal.

Pedro was replaced after managing to drag himself over to the touchline, and it now remains to be seen how long he’s sidelined for as he’ll hope that it doesn’t disrupt the rest of his pre-season.

David Ospina linked with a move to Juventus amid uncertain future with Napoli Jun 18 2021, 5:40
Juventus