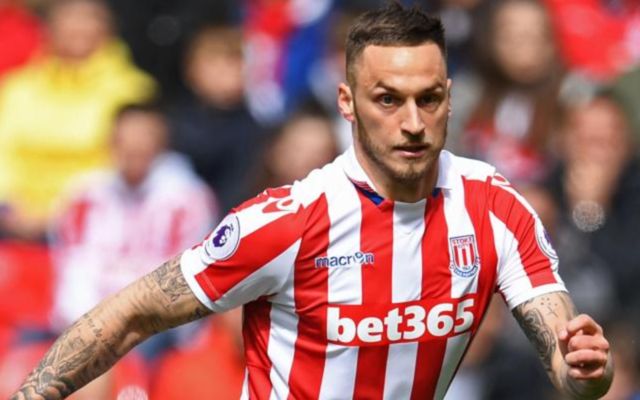 West Ham have announced the signing of Austrian winger Marko Arnautovic from fellow Premier League side Stoke City with a unique unveiling video on Instagram.

The Hammers, who have completed the signing of the former Werder Bremen midfielder from Stoke for a fee of around £26M according to Sky Sports,, announced the player via Instagram by uploading a video of the winger walking through the West Ham training ground as well as the player posing in the club’s new kit, along with the caption “#WelcomeMarko”

With the announcement of Arnautovic, as well as the expected announcement of striker Javier Hernandez, Hammers fans are set to be optimistic over their chances of possibly achieving European football this season.