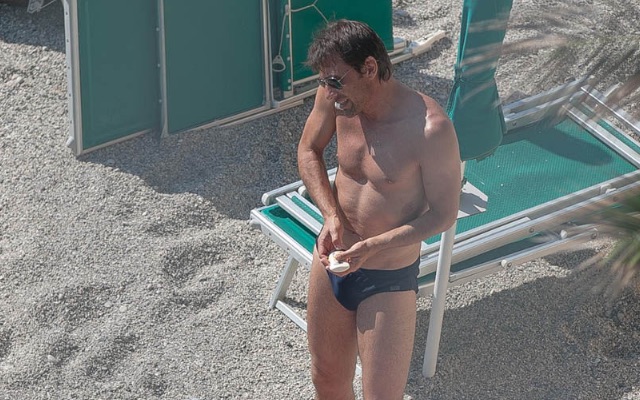 Opinion by Kevin Peacock – Chelsea blogger and founder of chelseafcwebnews.com

Just three weeks ago, Chelsea supporters (I’m one by the way) were whinging about how poor the transfer window had been so far. Nobody had been signed, apart from the obligatory second-choice goalkeeper.

There was press speculation that Antonio Conte was also unhappy with the lack of new players and that he was refusing to sign a contract extension, even though he was on an Italian beach. The players were becoming disillusioned, particularly the ‘kids’ because they were not getting enough first-team action. And then there was Diego Costa, ahhh, Diego, who apparently, according to himself, had been told he was surplus to requirements in a text message sent by his manager, presumably whilst lying there, on that beach, in his budgie smugglers.

The turmoil didn’t stop there. Captain, Leader and Legend had gone off to captain another team… Aston Villa. How could he? They hate him! Then Nemanja Matic got it into his head that he’d like to join up with Jose Mourinho at Manchester United. He wanted to work with the man who subbed him on in a game against Southampton and hooked him just 28 minutes later. They deserve each other.

Now we all know, because Chelsea are serial winners, everyone hates us. Well, all this unrest was manna from heaven for the media. Who better to get stuck into during the relatively slow summer months than good old CFC? Happy days!

Next into the mix was the Romelu Lukaku saga. I don’t want to keep banging on about this whole ‘hate’ thing but nevertheless, Everton FC really, really hate us. Just because we tried to prise John Stones away from them a couple of season’s ago, and they didn’t like it, they won’t let it go.

Fast forward three weeks and everything in the Stamford Bridge garden is starting to look rosy. Centre-back Antonio Rudiger has arrived from Roma, Tiemoue Bakayoko is going to slot into Chelsea’s midfield alongside fellow countryman N’Golo Kante. Antonio Conte has been given a pay-rise. Spanish striker Alvaro Morata, from Spanish giants Real Madrid, is the cherry on top of the cake.

As for the unhappy players, well, the ‘kids’ who wanted away have gone. The Lukaku deal is going to make Matic’s move to Old Trafford tricky – if Everton can hold a grudge, so can we. And as for Diego, ahhh Diego, it turns out Conte told him and his agent he would not be needed this coming season back in January, when he actually fancied a move to China anyway. With two years left on his contract, the arrival of Morata will also increase the fee that can be dragged out of Atletico Madrid for our wantaway Spanish/Brazilian. The coming months could be tricky for Mr Costa.

By the way, it was obvious there was no truth in the whole textgate scandal thingy, because I know budgie smugglers don’t have pockets, so… no room for a phone.