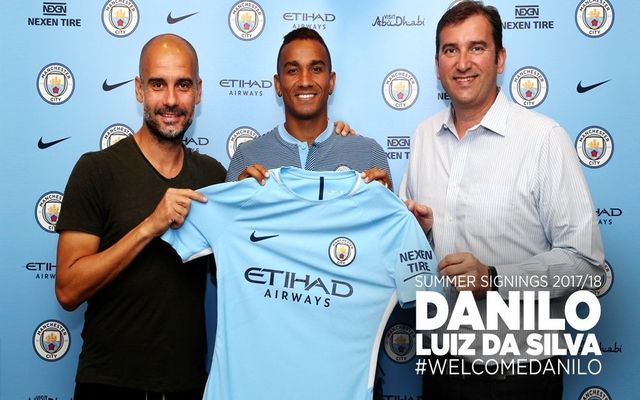 Man City boss Pep Guardiola is a happy man as the club have secured the services of their fifth summer signing, with Danilo joining from Real Madrid.

As per the club’s official site, the 26-year-old has signed a five-year deal and will now fly out to join his teammates on the pre-season tour of the US.

“I am very, very happy to be joining Manchester City,” Danilo said. “There has been strong interest from other Clubs, but it has always been my ambition to play for Pep Guardiola. As soon as I heard of his interest, I knew immediately I wanted to be a City player.

“I can’t wait to get started and I’m looking forward to getting to know my new teammates over the coming weeks.”

Danilo struggled to fully establish himself as a regular for Zinedine Zidane in the Spanish capital, but he certainly played an important role in helping the club to a La Liga title and Champions League double last season.

However, he’ll now be looking forward to this new challenge in his career, as he joins the likes of Bernardo Silva, Ederson and Kyle Walker as new recruits this summer, providing stiff competition for the former Tottenham man on the right side of the defence in the season ahead.

It was needed as Guardiola opted to release Bacary Sagna, Jesus Navas and Pablo Zabaleta this summer, and full-backs have been high on the priority list as a result.

According to BBC Sport, Danilo joins the club in a deal worth £26.5m, as they continue to splash out this summer to give Guardiola a squad that meets his needs and can push them on to success.