The 2017-18 season has yet to begin but Tottenham Hotspur could already be set to receive a points deduction (no, obviously not really) for having one of the worst training kits of all time (yes, seriously)!

It’s not just us that thinks Tottenham’s new Nike shirts are hideous – Spurs fans hate them too.

Disapproving fans took to Twitter in response to SpursOfficial posting the below video of Mauricio Pochettino’s players warming up in the vile gear ahead of Sunday morning’s preseason friendly with PSG in Orlando.

LorcanMurray added: “Has to be the worst Spurs shirt of all time?”

Meanwhile, Phil Atkins joked: “Walker was staying until he saw that warm-up shirt”.

What do you think of it? 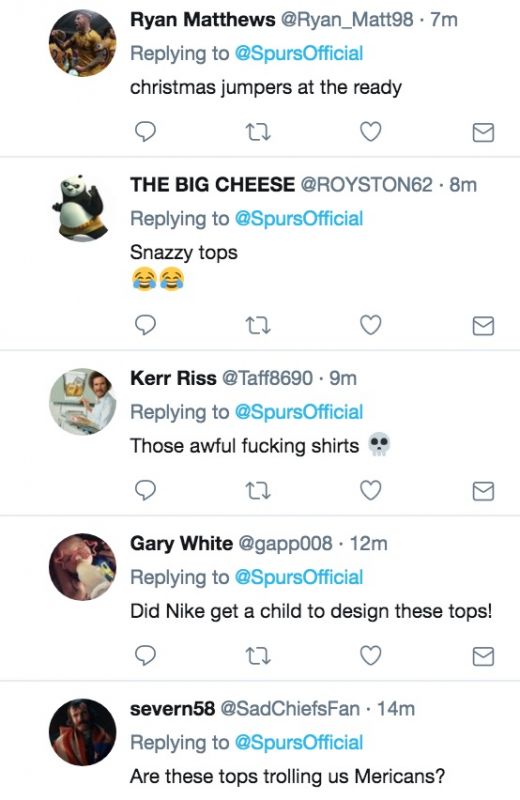