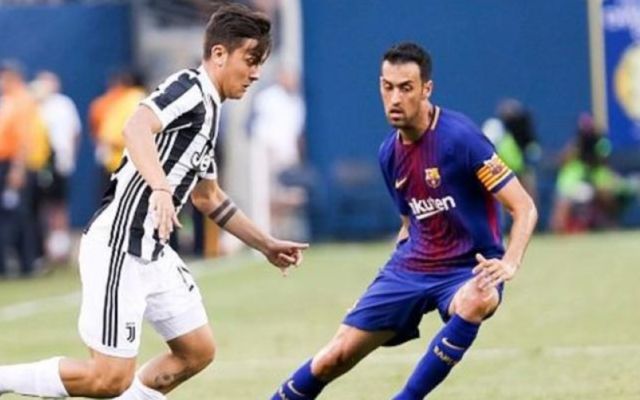 Dybala, who played 35 minutes in the friendly, took on the midfielder with an outrageous piece of skill as Juventus searched for a way back into match, having been 2-0 down the Catalan giants at the time.

Despite the forward’s best efforts, Juventus ended losing their first match of pre-season 2-1 thanks to two superb finishes from Barca forward Neymar in what could be one of the winger’s last appearances for the club amid reports the player is set for a world-record transfer to PSG.