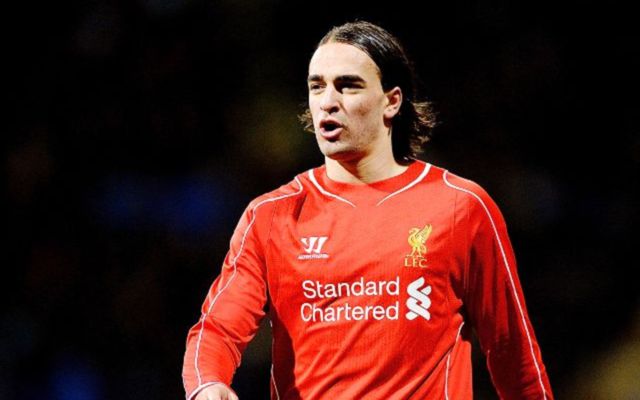 Liverpool look set to offload 23-year-old Serbian winger Lazar Markovic, with boss Jurgen Klopp implying that the midfielder’s days at the club are numbered, according to the Livepool Echo.

Markovic, who joined the Reds for £20M in 2014 from Portuguese side Benfica, played in the Reds’ opening pre-season game against Tranmere, however was left out of the Merseyside club’s squad for their pre-season tour of Hong Kong, with the midfielder’s days at the club set to to be numbered, as per the Liverpool Echo.

As reported by the Livepool Echo, Liverpool boss Jurgen Klopp confirmed that the player’s future is most likely going to lie away from Anfield, by saying that “With Lazar, it’s no secret that if he finds a club then we will negotiate”.

Markovic spent last season on loan at Premier League side Hull City, where he scored two goals in 12 league appearances, but was unable to prevent the club from being relegated back to the Championship.

With Markovic set to leave Anfield this summer, it’ll be interesting to see if Liverpool are able to recoup a fee that is any where near the £20M they paid for the winger back in 2014.