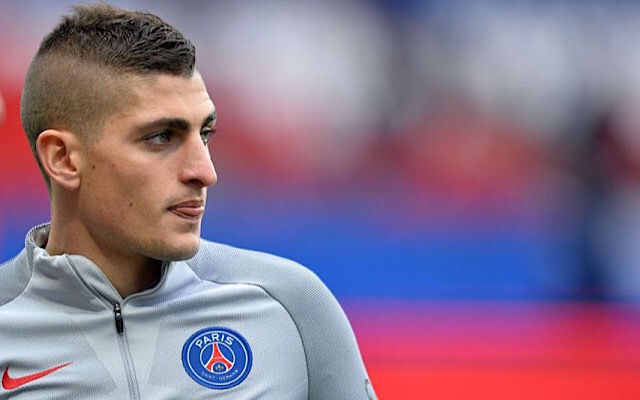 Man Utd have been given fresh hope in their pursuit of Marco Verratti with the news that the Italian international midfielder is unhappy with his contract at PSG.

According to The Metro, PSG’s signing of Dani Alves from Juventus on a £12.5m contract, and Verratti will seek parity with the Brazilian if he is to remain in Paris, with both Manchester United and Barcelona rumoured to be interested in the playmaker’s services.

Verratti is currently earning ‘just’ £6.2m a season at the Parc des Princes and will want a significant increase on his salary if he is to remain with the club.

The former Pescara player has long been linked with a move to Barcelona but, having recently engaged the services of agent Mino Raiola, a move to Man Utd could well be on the cards.

Any move for Verratti would come shortly after he released an apology to PSG fans for his behaviour. According to Sport Verratti told the PSG faithful, via an interview on their official website, “I want to apologise to everyone at the club: the president, the fans and the players.”

“I am very happy here. We go back to training now. I am thrilled to be back here and start working again. I know the club trusts me and I really want to apologise once again.”