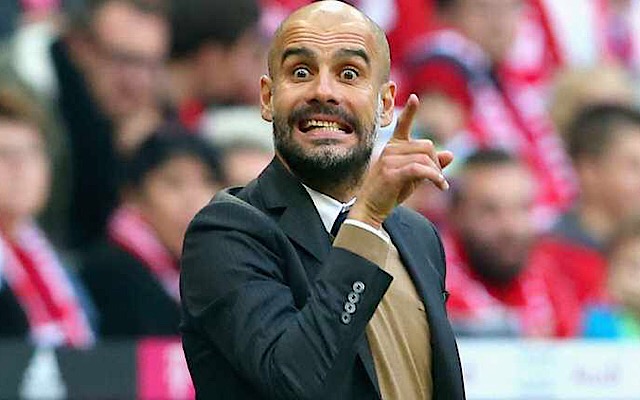 Pep Guardiola has responded to comments made by Gary Neville after the Sky Sports pundit claimed City midfielder Phil Foden was at “the wrong Manchester club”.

Following the game, Guardiola was fulsome in his praise for the acadamy graduate’s performance, stating Foden’s performance was on “another level” and that the youngster’s confidence left him “speechless”, according to The Telegraph.

“I don’t have words, I would like to have the right words to describe what I saw,” continued Guardiola. “You are the lucky guys who saw the first game, for the first team for Manchester City, of this guy.”

Yet it was not long before Neville, never short of an opinion, waded in. Claiming it was “sad” that Foden was at City and would struggle to be given a chance in the first team.

“He’s at the wrong Manchester club for getting a sustained opportunity. City have a lot of great kids. They should be playing (them),” Neville said on his Twitter account.

Guardiola wasted little time in replying, saying, “Which is the right club? It’s a question to Gary Neville,” he said.

“The club is working well in terms of the academy. There are many players with good prospects for the future. We will be patient with those guys. They are going to train with us most, or part of, the season.”

“Phil Foden is going to play in the next games. He has quality to play in that team. I’m so happy to have him. He’s a Mancunian, a City fan, a humble guy. He’s a fighter. He looks skinny but he’s a strong guy.”

“I thought even the journalist in the summertime were on holidays but I realise he [Neville] is not.”

Last season, Neville upset Liverpool manager Jurgen Klopp over his comments about goalkeeper Loris Karius. According to The Telegraph, Klopp said, “I don’t care what Gary Neville said. He was a top player, then he was a manager for a short bit and now he is back to being an expert again.”

Again Neville used Twitter to voice his concerns, and Klopp continued, “By the way, you can tell him I am not on Twitter, so if he wants to tell me something Twitter doesn’t help.”