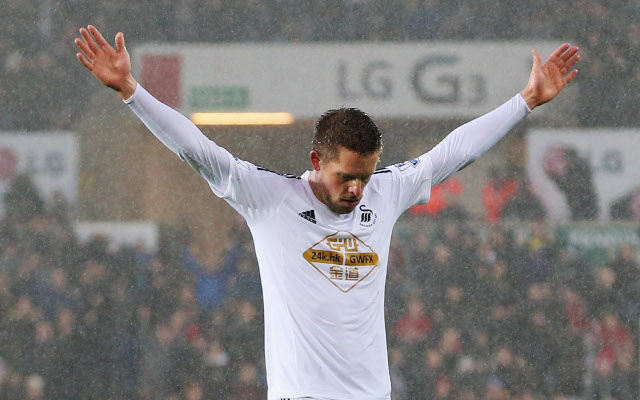 Swansea City have rejected a second bid from Everton for Icelandic playmaker Gylfi Sigurdsson, which is believed to be upwards of £40M, according to Sky Sports.

Everton boss Ronald Koeman is keen on the former Reading midfielder, as per Sky Sports, with the playmaker being left out of the Swans’ pre-season tour of the US due to the player not being in the “right frame of mind” to travel.

The Welsh side have constantly insisted that they won’t be forced into selling the Icelandic midfielder, and as reported by Sky Sports, have rejected the Toffees’ latest approach for the player.

Everton’s latest bid for the Sigurdsson, which was reportedly around £40M, has been rejected by his current club, with Paul Clement’s side holding out for £50M for the player who scored nine and assisted 13 in 38 league appearances last season, report Sky Sports.

Should Everton match the Swans’ £50M asking price for Sigurdsson, questions will definitely be asking to whether the Toffees will have overspent for the player, and whether they could’ve found a player of similar quality for cheaper had they bought from overseas.

Catalan government insist that Barcelona squad must all take a pay cut to enable the club to remain in the hands of the members Jul 12 2021, 11:59
FC Barcelona

Koeman prepared to sacrifice important players at Barcelona so that Lionel Messi can renew his contract Jul 10 2021, 9:36
FC Barcelona