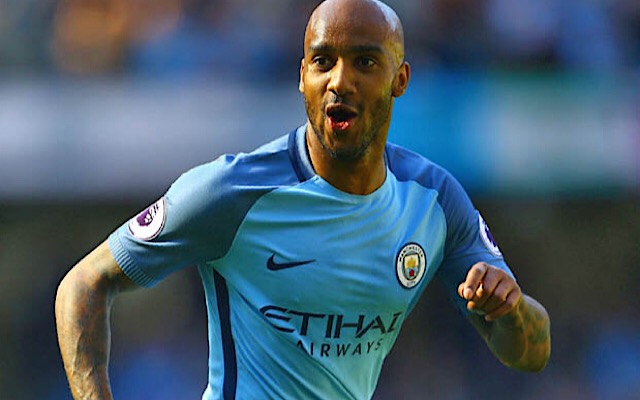 The former Leeds United midfielder has been told he can leave the Emirates by Pep Guardiola and is attracting interest from Stoke, West Brom and newly promoted Newcastle.

According the The Sun, Man City have already turned down a £10m bid for Delph, and are prepared to hold out for £14m.

Delph joined Man City in 2015 from Aston Villa for £8m but has failed to establish himself in Manchester, and now Guardiola has agreed he can move on as the Spaniard continue to radically overhaul the City squad.

Guardiola’s compatriot, Rafa Benitez has been asked to be kept informed of Delph’s developments as he looks to make an impression back in the Premier League with Newcastle.

A Man City source told The Sun, “The club want a decent fee for Fabian, even though he’s not in Pep’s plans and can leave. One bid has already been turned down but we expect them to come back with other offers soon.”

“We are taking a tougher stance on him as he earns £80,000-a-week, something well within the capabilities of other clubs.

“We know he likes it up north as well and Stoke would be perfect for him as it’s close to everything he knows.”

Delph caused widespread bemusement when he left Villa, according to the Daily Mail.

The midfielder asked to leave Villa for Cit, he then signed a new contract along with being handed the club captaincy, before performing an unlikely U-turn and eventually joining City. Ray Wilkins, then the Villa assistant manager described the mood in the camp at the time as, “moping about as dark as the biggest hole on the planet.”