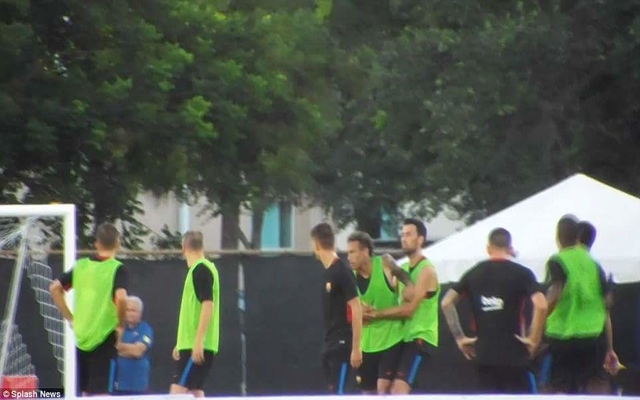 Amid strong speculation that he could be leaving Barcelona, Neymar was involved in a training ground bust-up with Nelson Semedo on Friday.

As noted by The Daily Mail, the Brazilian international has been linked with a record-breaking move to Paris Saint-Germain this summer, with the Ligue 1 giants seemingly ready to pay his staggering €222m release clause.

Talk has been rife over Neymar himself wanting to leave Barcelona, and so this video below will only add fuel to the fire that he is ready to quit the Nou Camp and move on.

@lfc Neymar had a bust up w his Barcelona teammate & walked out of training #SSN.
Genuinely worried about Coutinho's future at #lfc now. pic.twitter.com/pbh6sEYr1m

While the training session appears to be going smoothly, Neymar soon tangles with Semedo in the video above, as the pair square up to each other and are eventually split apart.

Semedo, a summer signing from Benfica, then goes back to the game but Neymar seemingly hasn’t had enough as he goes back for a second confrontation only to be held back by Sergio Busquets.

The 25-year-old then proceeds to throw his bib away, kick a ball in anger and storm off the training pitch as the report claims that he left the area entirely as the session continued without him.

Given he’s been in such great form on this tour of the US, all seemed to be going well. However, this latest episode will now undo all of that as the spotlight is back on Neymar to see what he decides to do this summer.