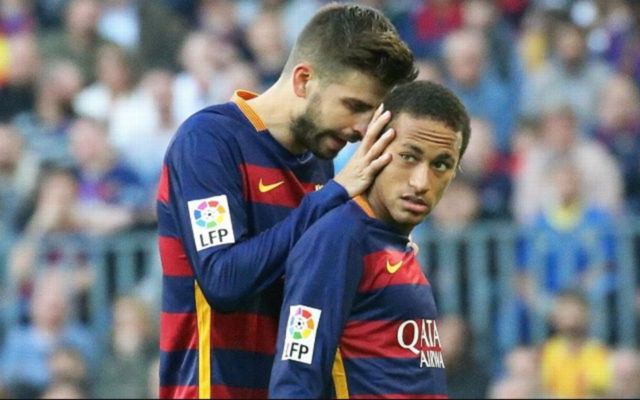 Barcelona and Spain defender Gerard Pique has said that his Barca teammate Neymar “doesn’t know” what to do about his future with the club, amid reports that the Brazilian is set for a world-record £196M move to French giants PSG, report Sky Sports.

Neymar, who played 72 minutes in Barca’s 3-2 International Champions Cup win over Real Madrid yesterday, has been heavily linked with a big-money move to Ligue 1 side PSG this summer, and as also reported by Sky Sports, the player’s chances of leaving the club are “90%”.

Pique, who played and scored in Barca’s 3-2 ‘friendly’ El Classico win, has pleaded further to Neymar, encouraging him to stay with the Catalan giants, as per Sky Sports. In an interview, former Man United man Pique said that he and Neymar are “very close”, and that he “wants him to stay”. Pique also added that “Right know he doesn’t know what to do, and we are trying to help him make the right decision”.

Should Neymar end up leaving Barca in favour of a move to PSG, it’s sure to set of a chain reaction of transfers around Europe, with the Spanish giants being the ones to set it off with their new-found fortunes.