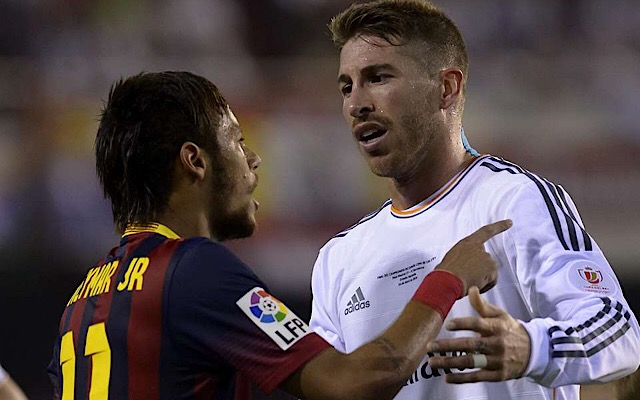 Neymar’s world record move to PSG may still hang in the balance, but there is certainly one man in La Liga hoping he has seen the last of the mercurial Brazilian.

Sergio Ramos, the no-nonsense Real Madrid defender, knows better than most what is is like to face Neymar.

Neymar swapped shirts with Ramos after Barcelona’s 3-2 win over Real Madrid in Miami, a move that has set the rumours swirling again.

As reported by the Daily Express, Ramos said, “I don’t know (if the transfer will happen), everybody is free to decide their own future. I hope it does happen, it’ll be one less problem for us”.

Ramos continued, “I swapped shirts with him after the game and hopefully it’ll be the last one he’s worn for Barcelona.”

Neymar’s present manager Ernesto Valverde believes Neymar will stay with the club and only he will decide his future.

“I try to talk about things that are happening, not things that can happen,” Valverde said on Neymar after the game

“We’re going to wait, but we think Neymar will help us this season. I see him here on the field and we hope he’ll stay.”

Neymar failed to score in what may be his final appearance in a Barcelona shirt last night.