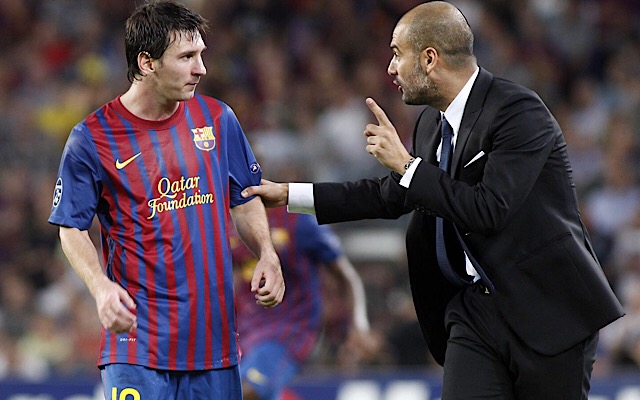 Lionel Messi met Pep Guardiola to talk over a world record tranfer to Manchester City last summer, it has been claimed.

According the Manchester Evening News, Messi was unhappy at Barcelona, having been given a suspended prison sentence for tax fraud and felt ‘trapped’ at the Nou Camp.

With Messi aware that his former Barcelona manager Guardiola was about to take charge at City, one of the world’s richest clubs, the two discussed the move both in person and on the telephone.

The surprising claims have been made in a TV documentary about Messi, which document in detail the apparent contacts between the Argentine forward and his representatives with Guardiola.

Within a week, Messi is believed to have called Guardiola, who by chance was on holiday in Spain at the time.

Messi has been linked with a move to the Etihad in recent years, with the club employing a number of former Barcelona employees in their administrative side.

With Cristiano Ronaldo in court this week, on a similar tax evasion trial, Manchester City may now aim their sights elsewhere.